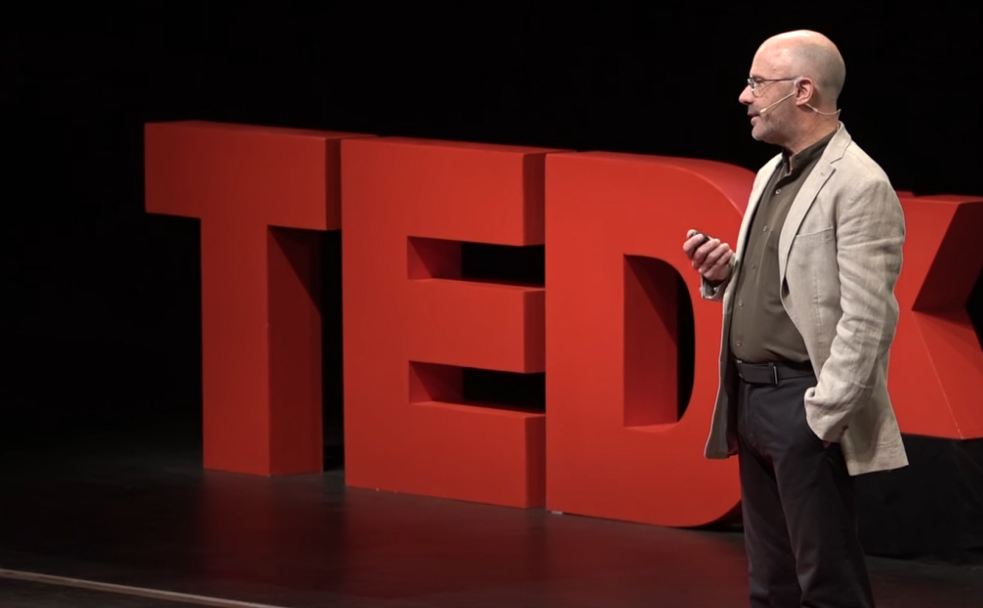 TEDx Talks : No outside

What is art? Where does it come from? How can it help the world? What keeps artists going in spite of uncertainty, adversity and failures? In this presentation, artist Laramée will try to see if our addiction to ideas might be responsible for some misconceptions regarding art. Using his own work – both in anthropology and in visual art – he will guide us through a journey that, although personal, is not only his own. Through the story of his now famous “book landscaping,” Laramee will try to give us back the keys to art and to ourselves. During 35 years of practice, interdisciplinary artist Guy Laramée has created in varied and numerous disciplines including theater writing and directing; contemporary music composition; musical instrument design; and building, singing, video, scenography, sculpture, installation, painting and literature. He has received more than 30 arts grants and was awarded the Canada Council’s Joseph S. Stauffer award for musical composition. His work has been presented in the United States, Europe, Japan and Latin America. From the late ’90s to the early 2000s, Laramée realized that the visual arts was where he could more easily explore his long-standing interest for modes of consciousness. Studies in ethnology helped him refine an anthropology of the artistic condition, from which emerged his project “Biblios,” which, with his subsequent “book landscaping” won him international recognition. His book sculptures now travel extensively among American museums and are included in numerous prestigious publications. This talk was given at a TEDx event using the TED conference format but independently organized by a local community.