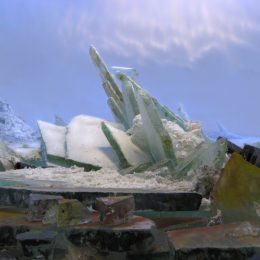 The Wreck of Hope : Tribute to Caspar Friedrich

“The Wreck of Hope” is a tribute to the German 19th century Romantic painter Caspar David Friedrich. It is a 3D reproduction of his famous painting in the kind of barrel that is used nowadays as a standard measure for petroleum.

Friedrich’s painting has been read as an allegory, i.e. the revenge of nature upon Man’s greed to conquer it. Seemingly, Friedrich used the many stories of tragic failures to cross the Artic as a reminder that Man should keep his dreams in accord with a greater whole. For us this reading seems obvious, given the title of the painting. However, as curator Wieland Schmied observes, “in this period plenty of ships were christened “Hope”, so the allegory would not have seemed as blatant to Friedrich’s contemporaries as it does to us today”.1

On a first level, my 3D piece is an obvious comment about how actual is the Romantic position on the failure of civilization – how do we not only get Romanticism out of the closet of history, but how we still construct it. Each turn of modern history seems to provide evidence for the death of ideologies of progress, the ideologies of “hope”. Nowadays, it is petroleum and the destruction of ecosystems that is brought up as proof of the wreck. Indeed my piece could be foreseeing future wrecks, as the Korean are already building oil tankers to cross the now melting Artic Sea. So somehow, doing the piece was a way for me to question our obsession with innovation and the loss of our cultural roots. My personal way of linking myself back to a greater whole was to examine this need I had to reject the past, particularly artistic traditions.

But the piece goes beyond re-appropriation. The piece wants to dig a paradox by establishing a tentative link between the Romantic movement of the 19th century, Postmodernism and the Green movement. Indeed, all three “cultures” share some distinguishable features : The Romantics and the postmodern worship the creative power of the individual, the Romantic and the Greens glorify Nature as a conscious Other, all three relish chaos (they are apocalyptic), and somehow all three foster nostalgia. So in away, we, Postmodern Greens, never escaped the belief in progress, because we are intently oblivious of the cyclical return of cultural traits (we still hope in Future, even when we say we don’t). Contemporary art is still predicated on evolutionism : nowadays for example, “Romantic” is generally the kind of epitaph you don’t want on your work…It became a kind of automatic – and violent – dismissal. But as I turned 50, I wondered what would happen if I acquiesced to my romantic background. What would happen if I would refuse the ideology that seems to lurk behind the academic use of the word “Romantic” ? What would happen if I allowed myself to become nostalgic ?

I’ll tell you what happens if you do that : you discover that nostalgia is the fundamental feeling that allows for all others. It is the root feeling of our being-into-the-world. It is the sense of being permanently at the center and at the periphery of ourselves, always looking for ourselves outside ourselves. Nostalgia is not of the past, it is the longing for the other half, here and now. It is the sense of losing each day a bit more, it is what allows for unconditional love. Who would want to lose that ?

To the ideology of breaking from the past, “The Wreck of Hope” opposes, not the cyclical return of the same, but the timeless – and hopeless – permanence of impermanence. In this context, to become really deaf to the sirens of progress is to wreck hope in the sea of nostalgia, the sea of ice of an inescapable now.
-Guy Laramée, Montreal, June 2008 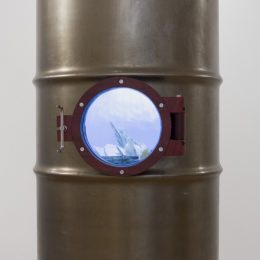 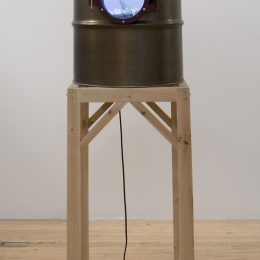