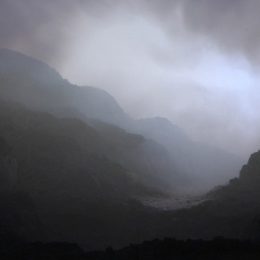 The Cloud of unknowing

“I have nothing to help me, no idea that I can serve in return for being told what to do, no regulations that tells me how, no belief to show me the way, no image of the future, no construction that I can place on things in order to be given an overriding meaning…”
-Gerhard Richter

Gerhard Richter, Romantic painter from the 20th and 21st century, discovered a principle which I have called “The Richter principle”. This principle stipulates that the blurring restitutes the spectator to him/herself. In the blur, we have a chance of seeing ourselves, while we fabricate the work of art. But in fact Richter did not invent anything. In the 13th century, a contemplative who remains anonymous up to now, wrote the classic “Cloud of Unknowing”, which establishes more or less the same principle, but from a different point of view : to access the Real, one has to suspend the “I” and to do so, one has to pass through a state where one no longer knows anything. But the discoveries of these two men had already been anticipated by the Chinese Taoist Lao-Tseu, who in the 6th century was already writing :

“With less one finds,
With too much one loses oneself.”

All this amount saying that a thing is true if and only if it is ourselves who discover it. Ultimately, what we discover is not “things” but ourselves. Once applied to art, the idea is simple : we must let the spectator enough space so that in discovering the work, he/she discovers him/herself. It is the fact of “looking” for that creates the artwork.

Since 2003, my travels lead me in countries where “the sky covers the earth”, landscapes where clouds wrap up mountains, as if to protect them. This image became a directing symbol in my work. The fog is now my way to pay tribute to those artists who looked for freedom, not in an hedonist imagination or in the security of concepts, but in the heart of uncertainty.

“…Beat away at this cloud of unknowing
…with that sharp dart of longing love.”
-The Cloud of Unknowing 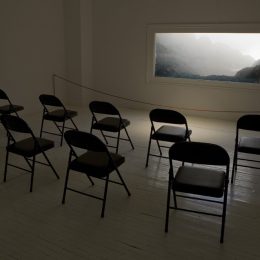 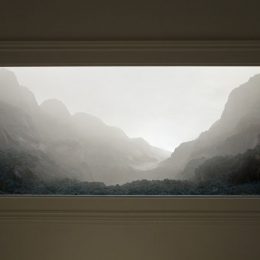